The writer is the former Baltimore County Executive and President and CEO of Mueller Communication Strategies. It can be accessed at [email protected].

Democrats often make the mistake of not speaking like real people do. They embark on disturbing political debates that voters hear in the same way that Charlie Brown and his cohorts heard their mentor’s “Wah Wah Wah.”

So as we quickly walk to the finish line, I have a few modest suggestions for my Democratic friends.

Not everyone is addicted to news

Stop thinking about how in the world elections can be so close together when one party runs a bunch of characters that make Lenny and Squiggy look like Rhodes Scholars. Here’s the answer: There are millions of Americans who don’t get up every morning to run “Morning Joe” or “Fox and Friends” before their morning coffee.

These are the voters we like to call “swing voters.” It’s not just a data point for Steve Kornacki on The Big Board. They are real, and you better be able to reach them. It’s not rocket science.

Of course, inflation is a problem

Don’t deny it. Don’t try to justify it by saying, “But things are bad all over the world.” People don’t care about that. They take care of their groceries and gas bills. Tell the voters you get it, and you’ll fight like hell to lower prices.

But also tell them that cutting out Social Security and Medicare and making it harder for people to get health care is definitely not the answer. Tell them we’re all in this together, and you’re not going to quit until we get this under control. Speak in the language of “we”, not “I.” It will yield a strong response.

James Carville probably thought it was “economy, stupid.” I respectfully suggest that it was replaced with “It’s a crime, you idiot”. Republicans use this issue to scare the Biggies of us, while Democrats prefer Chip Diller Kevin Bacon in Animal House. “Keep calm. All is well. All is well.” 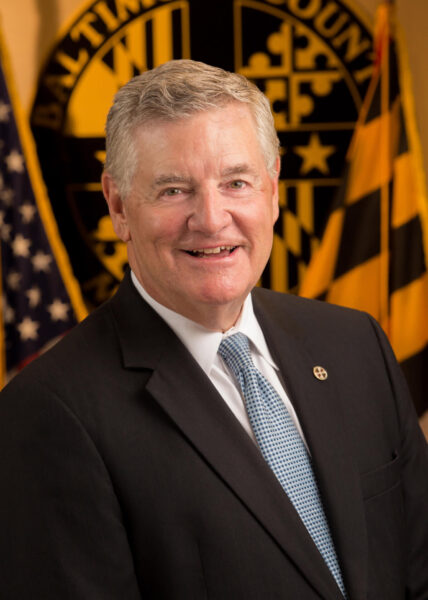 No it’s not, and guess who wins this argument every time? Some of us are old enough to remember 1988
The presidential campaign in which George HW Bush bombed Michael Dukakis with the now infamous Willie Horton ads. Horton was imprisoned in Massachusetts and did not return from the weekend. He went on to commit assaults, armed robberies and rape while on the run. He is still imprisoned in Maryland to this day.

As always, two things could be true: Advertising relied on the ingrained racism and fear of the “other” that still prevails in American society today, and these crimes were committed by Willie Horton, which frightened people of all colors, shapes, and sizes. Denying that crime is an issue of recklessness, and allowing Republicans to pretend to be the only party that cares about the issue is a recipe for electoral disaster.

Discussing a group of liars is not easy, but there is no other choice

At last count, there are nearly 300 election deniers vying for office in 2022. They’re infuriating. They are terrifying. However it is not a new phenomenon. As listeners of Rachel Maddow’s latest “Ultra” podcast know well by now, fascist, anti-democratic, and Christian nationalists were alive and well in 1939.

Yes, sometimes they go back to the shadows and sit in their mother’s basement, and yes, Donald J. Trump encouraged them. But they were always here. The difference is that they are now on the ballot across the country.

You can’t get over them by avoiding them or just hoping they’ll go away. They won’t. And when it is packaged in a clear filter such as Lake Cary in Arizona, it is especially dangerous.

But as Katie Hobbs is about to discover in McCain State, fear of going toe-to-toe isn’t a winning recipe. be online standing upright. Look softly at the immorality in the eye, and say, “It’s not true. I know it. You know it, and (looking directly at the camera) the good people of Arizona know it. The people of this great country deserve better. You should be ashamed.”

Note to Katie Hobbs: You still have plenty of time.

Critics rightly constrain themselves because there are two forces that will be fully manifested on Election Day. In 2016 and 2020, the myth of the “invisible Trump voter” became a reality. Donald J. Trump has exceeded expectations in a number of major combative states. The first pollster to correctly open the Crackerjack chest will go to the head of the class.

At the same time, conflicting accounts are developing about the impact of the Dobbs Supreme Court’s decision. On the one hand, we won a landslide victory in Kansas for those who voted to protect women’s right to choose. We also have data indicating that women are registering in large numbers across the country.

At the same time, it is becoming increasingly clear that Americans’ views of abortion access are mixed and not quite as clear as some of us would like us to believe. While Americans are clearly lining up to protect reproductive rights, polling results are very mixed when voters are asked what that actually means.

“Survivability” is the SAT word that no one will miss in the future. A mix is ​​set in that Dobbs in June and that Americans have limited interest periods, all bets are coming in November.

Maybe Maryland could be America in miniature

Wes Moore and Aruna Miller are close to a major victory in Maryland. Yes, they were aided by the Republicans who rushed to nominate one of the 300 deniers mentioned above. Republican Governor Larry Hogan describes his party’s current nominee, “a QAnon whack job.” ouch.

But something else happened. Moore and Miller traveled across the state, to the reddest counties to sit in community forums and listen to what the voters had to say. When asked why he would do this, the Democratic candidate gave a simple answer, “They may not be Democrats, but they are Marylanders. I’ll be their governor, too.”

Is it a simple message? yes. But there is something else at play as well. Despite what we read and see in the 24-hour cable world, Americans want to feel connected. They want to feel as though there is still a common purpose and common good. When President Obama spoke of not having red and blue states, but rather the United States of America, that resonated, even if ambitious.

When Wes Moore says he “would leave no one behind,” it seems to have the same effect. Is a message of optimism going to convert the 35%? of course not. Could it make a difference with the other 65%? I want to believe, I don’t have to believe, that the answer is a resounding yes.

So, for all the candidates out there. Don’t get caught up in radical calm. Keep it simple. Listen to people. Speak like a normal person. Be ambitious. You may be surprised by the result.